Like the first Soviet missions to the Moon launched in 1958 and 1959, the objective of the 1VA mission was to impact the planet Venus, although the much more likely outcome of a flyby was still useful for scientific as well as propaganda purposes. The 1VA was a cylinder 105 centimetres across that stood 203.5 centimetres tall. The interior of the main body was pressurized with nitrogen to about 1.2 atmospheres to provide a relatively benign laboratory-like environment for most of the spacecraft’s equipment. Thermal control to maintain an internal temperature of about 30° C was provided by a system of electrically driven louvers similar to that employed by Luna 3 that photographed the far side of the Moon in October 1959. Power to recharge the probe’s batteries was provided by a pair of solar panels, each with dimensions of about 1 by 1.6 meters with a total area of about two square meters. The 1VA carried a suite of instruments similar to that carried the earlier 1M probes to characterize the particle and field environment at Venus as well as during the interplanetary cruise. An infrared radiometer was included to determine the temperature of Venus.

The first communications session with Venera 1 was held later on launch day when the quickly receding probe was already 126,300 kilometres from the Earth. A second session was held on February 13 at a distance of 488,900 kilometres. Tracking showed that Venera 1 would miss Venus by 100,000 kilometres on May 19 if its course was not corrected — an excellent shot for the first successful 8K78 flight given the 270 million kilometres Venera 1 would have to travel. Data from the scientific instruments were returned providing information on the newly recognized solar wind.
But as Venera continued into interplanetary space, things began to go wrong. The thermal control system was proving to be inadequate for the task.
The Sun sensor, which was not inside the pressurized spacecraft body, was overheating and as a result was not functioning properly. To get around the problem, Venera was set spinning slowly along its Sun-pointing axis to keep the solar panels illuminated. Only when the timer was tripped would the spacecraft stabilize its attitude on all three axes and orient itself to contact controllers back on the Earth. In between communication sessions the probe’s receiver along with most of the other onboard equipment was turned off. To the relief of ground controllers, the third communication session successfully took place as programmed on February 17 at a range of 1.889 million kilometres .On February 22, when Venera 1 was 3.2 million kilometres from the Earth, controllers sent commands to the spacecraft that were apparently acknowledged, but no engineering or scientific data were returned. During the communication session scheduled five days later, Venera’s high frequency transmitter did not respond properly and transmission fadeouts were reported. A communication session scheduled for March 4 at a range of 7.5 million kilometres failed entirely. Venera 1 was never heard from again 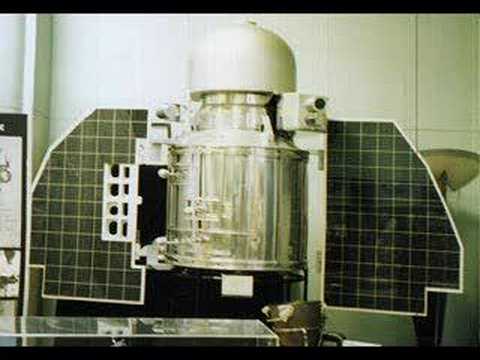