Launched on the 15th May 1960, this was the first test flight from the Soviet's new Vostok space program, This was also the first time the Vostok spacecraft was used. The heaviest craft yet, at 4,500 kilos it was the precursor to Gagarin's first manned flight a year later
Its mission objectives were to test the operations of life support systems and the stresses that would be exerted on a human occupant, the craft contained a dummy of a man. After 4 days in orbit, its rockets fired at an incorrect altitude pushing the craft further from the planet. On the 5th September 1962, the craft broke apart whilst re-entering the atmosphere.

This was the third test of the Vostok craft and the first mission to attempt to send animals into space and return them to earth alive. Launched on the 19th of August 1960, the craft weighed 4,600 kilos a and its mission was to continue the study of the habitability of space for humans.
Two dogs, called Belka and Strelka, 40 mice, 2 rats, and some plants were inside. There was also another dummy onboard, as with the Sputnik 3 mission. This dummy was called "Ivan Ivanovich. The craft returned to Earth after orbiting for one day and all animals survived the journey into space alive. 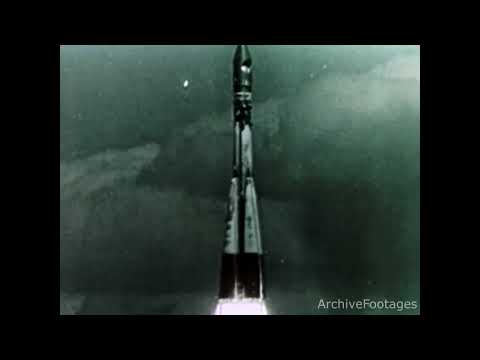