Human spaceflight (also referred to as manned spaceflight or crewed spaceflight) is spaceflight with a crew or passengers aboard a spacecraft, the spacecraft being operated directly by the onboard human crew. Spacecraft can also be remotely operated from ground stations on Earth, or autonomously, without any direct human involvement. People trained for spaceflight are called astronauts, cosmonauts, or taikonauts; and non-professionals are referred to as spaceflight participants.
The first human in space was Soviet cosmonaut Yuri Gagarin, who launched on 12 April 1961 as part of the Soviet Union's Vostok program. Humans travelled to the Moon nine times between 1968 and 1972 as part of the United States' Apollo program, and have had a continuous presence in space for 20 years and 300 days on the International Space Station (ISS).[1] As of 2021, humans have not travelled beyond low Earth Orbit since the Apollo 17 lunar mission in December 1972. 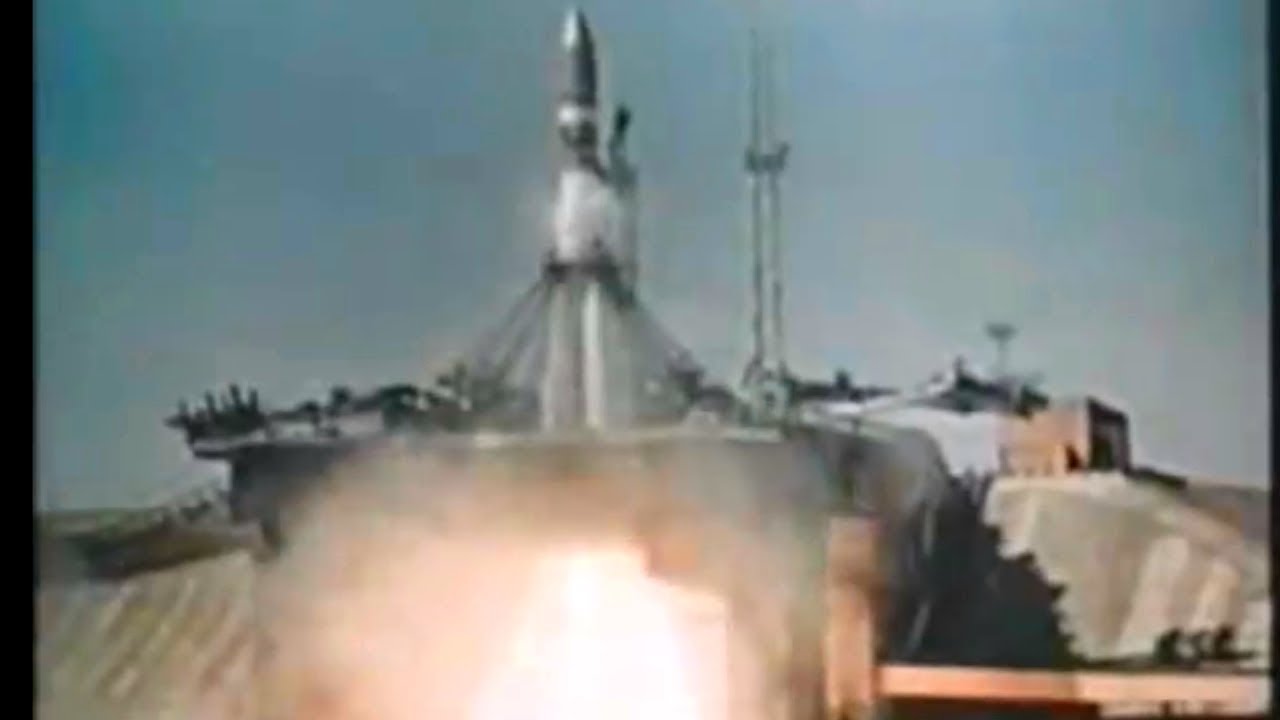 Yuri Alekseyevich Gagarin [a] (9 March 1934 – 27 March 1968) was a Soviet pilot and cosmonaut who became the first human to journey into outer space, achieving a major milestone in the Space Race; his capsule, Vostok 1, completed one orbit of Earth on 12 April 1961. Gagarin became an international celebrity and was awarded many medals and titles, including Hero of the Soviet Union, his nation's highest honour.

Gagarin was born in the Russian village of Klushino, and in his youth was a foundryman at a steel plant in Lyubertsy. He later joined the Soviet Air Forces as a pilot and was stationed at the Luostari Air Base, near the Norwegian border, before his selection for the Soviet space programme with five other cosmonauts. Following his spaceflight, Gagarin became deputy training director of the Cosmonaut Training Centre, which was later named after him. He was also elected as a deputy of the Soviet of the Union in 1962 and then to the Soviet of Nationalities, respectively the lower and upper chambers of the Supreme Soviet.

Vostok 1 was Gagarin's only spaceflight, but he served as the backup crew to the Soyuz 1 mission, which ended in a fatal crash, killing his friend and fellow cosmonaut Vladimir Komarov. Fearful that a national hero might be killed, Soviet officials banned Gagarin from further spaceflights. After completing training at the Zhukovsky Air Force Engineering Academy in February 1968, he was allowed to fly regular aircraft. Gagarin died five weeks later when the MiG-15 training jet he was piloting with flight instructor Vladimir Seryogin crashed near the town of Kirzhach.

The Vostok programme (Russian: Восток, Orient or East) was a Soviet human spaceflight project to put the first Soviet citizens into low Earth orbit and return them safely. Competing with the United States Project Mercury, it succeeded in placing the first human into space, Yuri Gagarin, in a single orbit in Vostok 1 on April 12, 1961. The Vostok capsule was developed from the Zenit spy satellite project, and its launch vehicle was adapted from the existing R-7 Semyorka intercontinental ballistic missile (ICBM) design. The name "Vostok" was treated as classified information until Gagarin's flight was first publicly disclosed to the world press.
The programme carried out six crewed spaceflights between 1961 and 1963. The longest flight lasted nearly five days, and the last four were launched in pairs, one day apart. This exceeded Project Mercury's demonstrated capabilities of a longest flight of just over 34 hours, and of single missions.
Vostok was succeeded by two Voskhod programme flights in 1964 and 1965, which used three- and two-man modifications of the Vostok capsule and a larger launch rocket.

The Voskhod programme (Russian: Восход, IPA: [vɐsˈxot], Ascent or Dawn) was the second Soviet human spaceflight project. Two one-day crewed missions were flown using the Voskhod spacecraft and rocket, one in 1964 and one in 1965, and two dogs flew on a 22-day mission in 1966.
Voskhod development was both a follow-on to the Vostok programme and a recycling of components left over from that programme's cancellation following its first six flights. The Voskhod programme was superseded by the Soyuz programme.